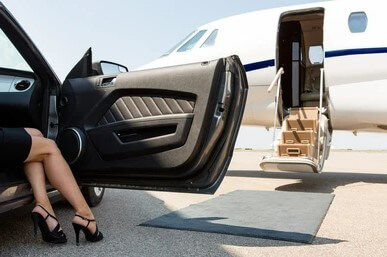 The first sighting came from California’s Orange County in 2006. Then quickly spread to New York, Atlanta, New Jersey, and DC. Then Beverley Hills, Miami, Potomac, Dallas, and Salt Lake City. Most recently, more have popped up in Dubai. What are we talking about? TikTok’s hottest meme? The newest COVID variant? Nope – we’re talking about Bravo TV’s Real Housewives. Where will they reveal themselves next? Nashville? New Orleans? Dayton, Ohio?

Bravo’s “real” housewives don’t bear any resemblance to the classic ‘50s suburban hausfraus waiting with martinis for their husbands to get home from work in the city. If you’re a fan of their universe, they’re strong, fierce, and ambitious. If you’re not, they’re vulgar, plastic, social-climbing gold-diggers. (Maybe you love to hate-watch them because they’re vulgar, plastic, social-climbing gold-diggers.) They love drama. They love wine. They love shoes (the gaudier and more expensive, the better). But one thing they don’t seem to love is paying their taxes.

Shenanigans started in 2009 when New Jersey Housewife Teresa Giudice and her husband Joe got overextended from their conspicuous consumption and filed for bankruptcy. In 2013, they were charged with 39 counts of mail fraud, wire fraud, bank fraud, and bankruptcy fraud. The indictment also charged Joe with failing to file tax returns from 2004-2008. (His excuse? He came to the US as an infant, and he didn’t know he had to file. LOL.) The couple vowed to fight, then folded. Teresa spent 11 months in a facility with no wine or high heels, and Joe got deported back to Italy.

Several Housewives have run into tax trouble when they just couldn’t pay. Dorit Kemsley (Beverly Hills) and her husband owed the IRS $635,887 from 2015. (She also owes another $90,269.46 to the state of California.) Karen Huger (Potomac) and her husband Ray already owed $1.468 million to the IRS when the couple sold their house for $685,000 under its assessed value. Nene Leakes (Atlanta) owed $830,000 from 2014 when her clothing line sold out the day after it launched on Home Shopping Network. (While most of us are happily paying Netflix to get programming without commercials, the marketing geniuses who dreamed up that business model figured out how to serve up commercials without programming!)

The latest scandal involves Erika Girardi (Beverly Hills) and her husband, attorney Tom Girardi. (Girardi made his bones as part of Erin Brokovitch’s legal team.) This one is a real Russian nesting doll of bad faith. In 2020, Tom’s clients forced him into bankruptcy for refusing to pay their winnings. Later that year, Erika filed for divorce, which the creditors say was a sham to beat the bankruptcy. A month after that, his clients accused him of embezzling settlement money.

So far this year, Erika has been hit with a $2.2 million California tax bill. And there’s yet another lawsuit, this time for $50 million. Plaintiffs call Erika a “frontwoman” for Tom’s fraud and claim she “made the cynical decision to leverage the scandal to further her career and stay relevant in the tabloids, meaning more exposure and a larger paycheck.” Meanwhile, Tom, 83, is in a nursing facility under a conservatorship for dementia. As for Erika, “I’m doing laundry myself. You should see me. I’m, like, washing dishes. There’s no housekeepers. There’s no gardeners. And I really value my privacy.” Now that sounds like a dose of reality the rest of us can appreciate!

To paraphrase Shakespeare’s Twelfth Night, some women are born great, some achieve greatness, and others have greatness thrust upon them. Time will tell if the Housewives find the greatness they’re seeking. In the meantime, consider them a Rorschach test for a uniquely American brand of materialism and exhibitionism. Don’t make the mistakes so many of them did!