Here’s What Sports Fans Do When Sports Are Canceled 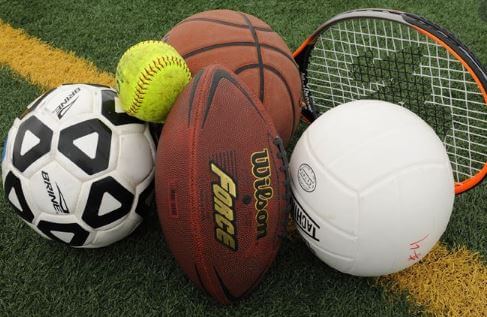 American law schools sponsor over 200 law reviews: dense collections of grim, wooden prose, groaning with footnotes. (Chief Justice John Roberts once said “Pick up a copy of any law review that you see, and the first article is likely to be, you know, the influence of Immanuel Kant on evidentiary approaches in 18th Century Bulgaria, or something.”) Most schools publish flagship reviews, and there are dozens of specialized journals covering topics like taxes, intellectual property, and entertainment law. You can even pick between two reviews just for maritime law.

If it sounds like law reviews are where fun goes to die, well, yes. Every so often, though, something lively sneaks in. Clearly the editors were sleeping at the California Law Review when Noah Chauvin, a clerk at the U.S. Court of Federal Claims, submitted, “Finally, a Use for the U.S. News Law School Rankings.” Chauvin analyzed whether sports bettors could use those widely-panned rankings to pick college football winners by choosing the team with the higher-ranked law school to beat the spread. Sadly, his system fared worse than randomly flipping a coin.

Still, Chauvin’s article, with 26 scholarly citations (including a “Text Message Sent to College Football Pick’em Group Chat”) got us wondering. What if we looked at state tax rates instead of law school rankings? Does the team from the state with higher or lower taxes have an edge?

NCAA Football Bowl Subdivision (FBS) teams collectively play over 700 games per season. Crunching all those numbers sounded like way too much work, so we punted and took six years of College Football Playoff contests. We correlated the 18 scores with each team’s home state’s top marginal rate. (In the one game when both teams came from states with the same top rate, we took the one that hit it faster). And reader, what we found will astonish you.

It turns out that taking the team from the state with higher taxes predicted the winner against the spread 13 out of 18 games. If you’re not a football bettor, ask one how much they’d pay for a system that beats the spread over 72% of the time. They’ll fall off their barstool to buy it and pay you extra to keep it secret! In fact, when Vegas oddsmakers catch wind, they may just have to stop taking bets on the series.

As with all gambling, your wins are taxable. Your losses are deductible, only if you itemize and only up to your winnings for the year. (Heads the IRS wins; tails they don’t lose.) But the State Rate Playoff Angle never lost more than once in a year, meaning it never finished the season with a nondeductible loss.

Now, somewhere out in Skepticland, humor-challenged stats geeks are scoffing at this flash of staggering insight. (Seriously, why haven’t the people at the MacArthur Foundation called with our Genius Grant yet?) “It’s not a statistically significant sample,” they’ll huff. “Correlation doesn’t equal causation, blah blah blah.” All we can say is, what would you do with a system that called Ohio State’s 2015 win under a 5.30% rate and their 2017 loss after it dropped to 4.997%?

If you’re like most taxpayers, you don’t want to gamble on taxes, even with 13-5 odds. Our planning strategies have saved clients millions, and they’re 100% guaranteed by the Internal Revenue Code. So, call us and see how much you can save while you’re waiting for the games to come back!