Sock it To Me 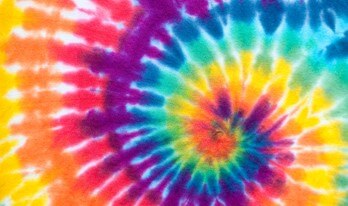 Most of us look back on the 70s as a time of louche excess: garish bell bottoms, deep-pile shag carpets, slouchy conversation pits, and coke spoons on gold chains. But 70s style is back, baby! Fashion houses are rolling out psychedelic prints, flared bottoms, and knotted tops. Interior designers are bringing back nubby textured fabrics, earth tones, and velvet furniture. Somewhere in Hollywood, a rogue producer is probably remaking Soylent Green. (The original was set in 2022, of course.) As the blue-collar poet Bruce Springsteen once wrote: “Everything dies, baby, that’s a fact. But maybe everything that dies some day comes back.” (Springsteen just sold his song catalog for $500 million, which suggests there’s way more money in blue-collar poetry than any of us realized.)

Something else is back from the Me Decade, and there’s nothing groovy about it. Inflation was Public Enemy #1 in the 70s, and here we are again. Rents are up; gas is up; and feeding and clothing yourself are up. Inflation affects everything you buy today – and, while it won’t be as visible as gas prices on every corner, it’s going to mean higher taxes, too.

During the 1970s, as wages rose to keep up with prices, taxpayers found their income reaching higher and higher marginal tax rates. “Bracket creep,” as it was known, became Public Enemy #2. (Disco was #3.) In 1960, just 3% of Americans paid 30% or more. By 1981, that figure had jumped to 30%, In 1985, though, the IRS started indexing tax brackets, standard deductions, and similar thresholds to eliminate bracket creep. Life was good . . . at least until now.

The IRS has traditionally used the Consumer Price Index, or CPI, to calculate those annual adjustments. However, the Tax Cuts and Jobs Act of 2017 directed the IRS to use a different index, called the “chained” CPI. This alternative index assumes that as prices go up, you’ll react by choosing cheaper goods. For example, if apples get pricier, you won’t stop eating them – but you might switch from Honeycrisps ($7.49 for a 3-pound bag) to Pink Ladies for two bucks less. (If you’re a millennial, substitute “avocado toast” for apples, and you’ll get the point.)

Right now, we can’t know if inflation is just checking in for a weekend or signing a long-term lease. If it sticks around for a while, it’ll change how we plan for taxes. Why pay now if paying a year later saves 9.1% (or even 8.4%)? And some of our most sophisticated planning strategies make use of time-value-of-money considerations. These include traditional-versus-Roth retirement savings calculations, real estate cost segregation analyses, and charitable trusts where today’s deductions are calculated using the net present value of a stream of gifts or remainder interest. Higher inflation makes all of these more important.

Our goal, as always, is to help you pay less in real dollars. That includes beating inflation, both subtle and obvious, wherever possible. We’re on it!

Now, if we could only get the Bee Gees back in the studio!