Welcome to the Desert of the Real 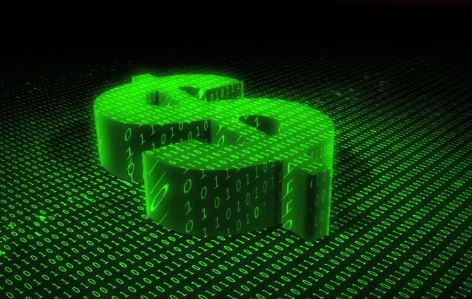 Twenty years ago, sci-fi fans geeked out to a new thriller called The Matrix following a dystopian vein established in Blade Runner, Total Recall, and The Terminator. It starred Keanu Reeves as “Neo” and Laurence Fishburne as “Morpheus”: freedom fighters in a world where machines have trapped humanity in a computer-generated dreamscape called the Matrix, to distract their minds while sucking energy from their bodies and brains. (Their allies include another hacker named Trinity, famed for cracking the IRS database, but that’s not what brings us here today.)

Early in Act One, Morpheus shows Neo two pills that look like ordinary cold medicine and presents him with a choice. “This is your last chance. After this, there is no turning back. You take the blue pill — the story ends, you wake up in your bed and believe whatever you want to believe. You take the red pill — you stay in Wonderland and I show you how deep the rabbit-hole goes.” It wouldn’t have been much of a movie if Neo had taken the blue pill — fortunately for viewers (and humanity), he picks red and challenges the machines to a future where “anything is possible.”

The Matrix established the blue pill and red pill as cultural metaphors for two very different perspectives on the world. The blue pill represents, at its worst, basking in sheeplike submission and accepting an essentially dishonest illusion. The red pill, by contrast, represents the genuine freedom and opportunity that come from accepting harsh but liberating reality. The choice you make has consequences in every aspect of your life — including your taxes and your finances.

In our world, every competent tax professional works within the system. (The occasional crooks who cheat on behalf of their clients make headlines because they’re so rare.) Most tax pros work the blue pill side of the line. They passively take the numbers their clients bring them, from their P&L statements, their W-2s, and 1099s. They feed the data into their computers to put the right numbers in the right boxes on the right forms. They do a great job telling clients how much they owe — and for most clients, the blue pill may be all they need.

But some tax pros do things a little differently. They work the red pill side of the line. They don’t just take the numbers you give them and run them through “the Matrix” of IRS forms and procedures. They help you structure your business entities, your benefit plans, and perhaps even your investment portfolio to pay the minimum possible tax. They don’t just accept the story the IRS writes for them. They work within the system to write you a happier ending.

You may not think choosing a tax advisor is quite as consequential as choosing between the red pill and the blue. But Neo didn’t realize he was living in the Matrix, either, not until Morpheus welcomed him to the desert of the real. The good news is, at least as far as taxes are concerned, the red pill doesn’t require you to outrun creepy agents of post-apocalyptic artificial intelligence or dodge bullets in a shadowy subway tunnel. It just takes opening your eyes to all the legal, ethical, and moral ways to pay less.

You don’t have to be a sci-fi fan to appreciate that sort of success. And you don’t have to follow the movies to appreciate the savings we create with the “red pill” approach. Just sit back and enjoy the show. And maybe next time you’re feeling philosophical, ask yourself if the tax system we work in is real, or are we just trapped in some sort of twisted virtual reality?