Now We Know Why They Call It a “Joy” Stick! 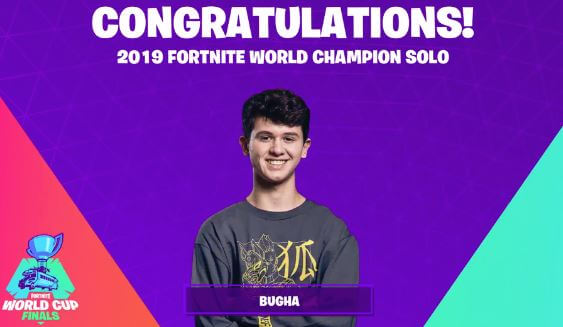 Glenn Giersdorf, who lives an hour outside Philadelphia, didn’t experience that moment quite the same way as most parents. That’s because his son Kyle spends six to ten hours per day sitting in his room playing Fortnite, an online video game where players meet on a virtual island and battle it out to be the last one standing. (Some fans describe it as “Minecraft with guns.”) But Kyle is no average teenage slacker, and he had his sights set higher than just flipping burgers or scooping ice cream like his classmates.

If you don’t have gamers of your own at home, you may not realize how big “e-sports” have become. Yes, professional video games are finally here. With spectators, even. In 2018, 380 million viewers watched 6.6 billion hours of competition on platforms like Twitch and Youtube. There were nearly 3,500 tournaments offering more than $1.5 billion in prizes. E-sports generated another $906 million in revenue from sponsorships, advertising, media rights, game publishing, merchandising, and tickets.

(Look, before we go any further, we know it’s a stretch to call sitting in a recliner with a joystick a “sport.” But you can play golf from an electric cart with a cigarette in one hand and a highball in the other, and millions of players call that a “sport,” so who’s to judge? Not Uncle Sam — in 2013, the U.S. issued a P-1A visa, reserved for internationally recognized athletes, to a Canadian League of Legends champ. Even the Olympics are looking to get into the action!)

So . . . earlier this summer, forty million players entered online qualifiers to compete in the inaugural Fortnite World Cup. Last month, 100 survivors met for the live finals in front of 23,000 fans at New York’s Arthur Ashe Stadium. When the shooting was over, Kyle — who competes under the screen name “Bugha” — had taken down the largest single score in e-sports history . . . $3 million. That’s a million bucks more than Tiger Woods made for winning the Masters!

E-sports are growing fast, which means Kyle Giersdorf won’t be the only underage winner grappling with taxes. Take “H1ghSky1” from Seattle, for example, the youngest player on the FaZe Clan team. He’s won over $200,000 since March, and he’s not old enough to watch PG-13 movies on his own!

Kyle’s story has us looking forward to the day when tax planning finally becomes the spectator sport it deserves to be. Can you imagine thousands of cheering fans scalping tickets to watch us take on tangible property regulations, rental real estate loss allowance phaseouts, and the step-transaction doctrine? So call us before your kid hits the big time . . . we’ve got the trick shots you need to help him keep what he wins!